The Olympic games are finally looking up around here, only five days late.  Picture this…we gather the family around the T.V. for the opening ceremonies…popcorn popped and everything…only to find this loathed phrase flashing across the screen…”THIS VIDEO IS ONLY AVAILABLE IN THE UNITED STATES.”  Auuugghhh!!!  I had it all loaded on the computer (which we connect to our T.V.) before we jumped in the shower, and by the time we finished 15 minutes later, the good ol’ Olympic Committee (or NBC or some heartless soul) had blocked every possible showing of the Olympic games in Panama.  I wanted to cry, but I didn’t.  I just became bitter with the whole games.

Then my friend and fellow crazy-theme-party-planning-guru Jamie called, and asked if we would like to have a mini-Olympics.  Woohooo!  I was ready to go for the gold!  Mostly, I was excited to give the children their uniforms (thank you Aunt Jamie ….yiipppeee!) 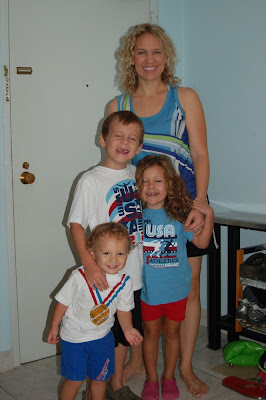 After arriving at Miss Jamie’s house, we started by watching some various opening ceremonies on YouTube.  The mommies were clearly more interested than the children, as we reminiced about our childhood Olympic memories. I wonder if Jooby will remember  these games? 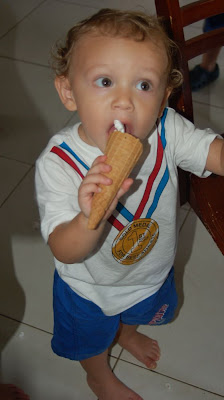 We lit our (ice cream cone) torches in the flaming bowl (of popcorn). 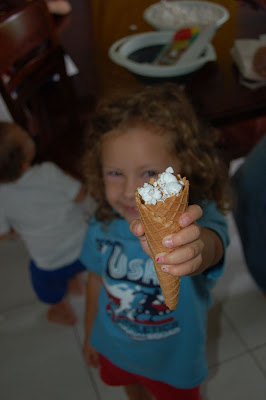 The first event was the floor routine…on tile floor.

We used the couch cushions to make a safer mat area for the gymnast, while the rest of the team waited patiently (uh-hem) on their brother, I mean the sidelines. 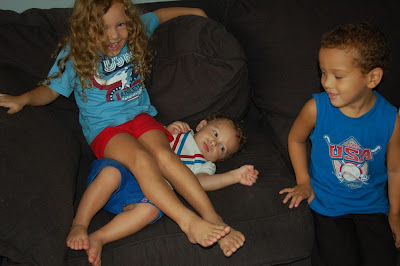 Next up was track and field.  Of course, we had to watch Panama’s only Olympic medalist Paladino before trying our skill at the long jump. 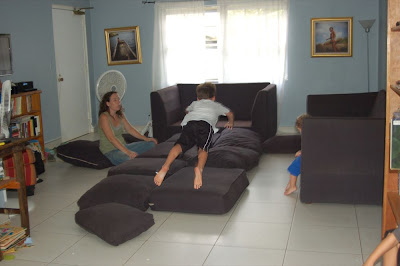 Next, we headed outside for the javelin throw.  Children with savage faces, thrusting sticks into the jungle…priceless. 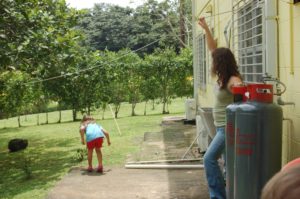 We had planned for more events, but we were losing them fast.  A smart mama knows when to wrap it up, and bring out more food.  😉  It was time to break out the Closing Ceremony cupcakes to decorate (mini M&Ms to represent the Olympic rings…brilliant!) 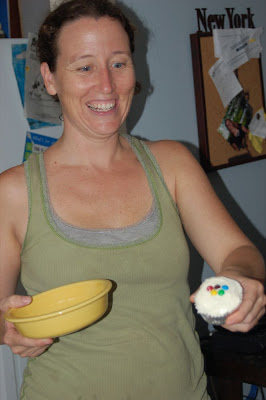 Miss Jamie is amazing.  With three littles underfoot, she was brave enough to spray paint some plastic drink lids gold and thread a fuzzy blue ribbon through them.  So before leaving, each participant was awarded their very own gold medal. 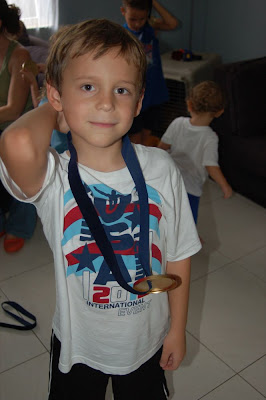 Jooby wasn’t a big fan, and considering it was more than an hour past naptime…we decided to head back to our own Olympic Village for some rest. 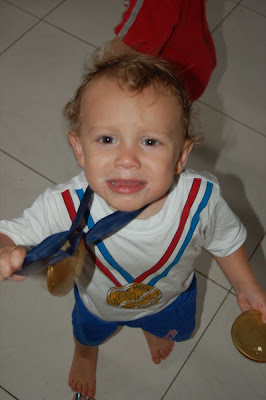